Few artists deserve the title of “prodigy” more than 20-year- old Just A Gent. Hailing from
Maitland, the young producer has gained critical acclaim beyond his years. Standing tall as a
mainstay in Australian electronic music, Just A Gent is well on his way to breaking the
global dance scene and his latest offering ‘Hold’ featuring Thief demonstrates that his sonic
trademark is continuing to evolve.

To date, the rising talent has clocked up over 10 million streams on Spotify alone with his
debut EP ‘Stories To Tell’, which took him to multiple Hype Machine #1’s. With support from
Triple J and remixes of Alison Wonderland, Peking DUK and ZHU under his belt, it is
hardly surprising the young producer has caught the attention of industry forerunner
Skrillex. Now, joining the legendary San Holo on his upcoming tour across Australia,
Canada and the USA, Just A Gent is keeping the momentum up and 2017 is shaping up to
be a milestone year. 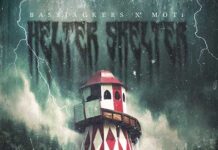 BASSJACKERS AND MOTI UNITE TO BRING THE FUN OF THE FAIR ON ‘HELTER SKELTER’ – OUT VIA SMASH THE HOUSE! 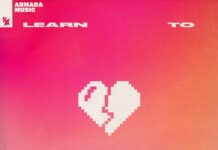 TLUXX and Brieanna Grace teamed up for a superb progressive...

BASSJACKERS AND MOTI UNITE TO BRING THE FUN OF THE FAIR...