Showcasing the impeccable production skills that have seen him become one of the most innovative producers of his generation, ‘Trouble’ is the perfect fusion of pop, indie and electronic. Spanning seventeen astounding tracks, ‘Trouble’ represents Fadil’s journey as an independent artist and consequently sees the Dutch titan work with a variety of other independent artists and writers. Dropped earlier this year, title track ‘Trouble’ saw him join forces with Vérité – whom he connected with via Spotify – resulting in a record that has amassed over 35 million streams to date. Next up, R3HAB teamed up with old friend and former collaborator Quintino for a pulsating powerful tune that has been making waves since it was dropped just last week, earning him his highest streaming day to date, with over a million streams in one day and added to Spotify’s Today’s Top Hits. ‘Talking To You’ is a feel good bouncing single featuring the sensational vocals of rising star Rynn, moving in to R3HAB’s recently released collaboration with Khrebto ‘You Could Be’. Inspired by a city that holds a very special place in Fadil’s heart ‘Shanghai’ ft. Waysons is a tinkling track drawing on dub and trap influences to capture the vibe of the bustling city. Having been a huge fan of her voice for some time, the following two tracks sees R3HAB pair up with soulful singer Little Daylight for two complementary yet different singles in the form of dreamy/pop production ‘Truth or Dare’ and soaring soundscape ‘Icarus’.

Another mesmerising singer/songwriter TYSM provided the angelic vocals for hit single ‘Hold Me’ leading in to ‘Killing Time’ which saw El Ghoul realise his aspirations of a collaboration with Felix Cartal. ‘Hallucinations’ ft. R I T U A L is a perfect indie infused production building up to an epic finale in the form of Fadil’s previous pairing with Polish producer Skytech ‘Marrakech’ – a blistering big room track and ode to his heritage that makes for a fitting climax to his debut album.

A labour of love, ‘Trouble’ marks a major career milestone for El Ghoul. Embarking on his own and establishing his imprint R3HAB Music last October, the prodigal producer has been using this time to flex his production muscles, free of any external constraints or outside influences. ‘Trouble’ sees R3HAB take control of his musical destiny, moving away from the big room festival/club music he had become renowned for and experimenting with new genres and sounds to tremendous effect. Just under a year since he embarked on his path as an independent artist, R3HAB has just surpassed Tiesto to become the #2 highest streaming artist in The Netherlands, amassing a staggering 120 million + streams on his label and 8.3 million monthly listeners on Spotify alone. With his debut album, R3HAB has shown that he is all about taking risks and it’s certainly paid off. 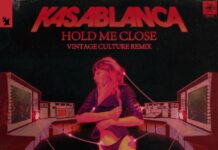 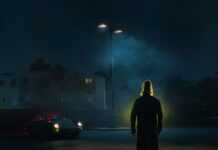