Ever since he released “Ertesuppe” on Spinnin’ Records back in 2015, Dante Klein has continued to get more and more successful. The young music producer has impressed fans with his productions time and time again, with which he’s also managed to conquer charts from all over the world. He’s already worked with many great artists, but rest assured that this is only the beginning for Dante, who has many huge things in store.

Recently, we’ve had the chance to catch up with Dante, so if you want to know more about him, make sure to check out our interview below!

Hello! At the moment I am in my office in Amsterdam.

2) So, let’s begin. How did it all start for you? Were you always interested in electronic music?

When I was younger my grandpa always played me classical music which I really enjoyed. But when I was 12 I really started to listen more pop and electronic music.

3) Which artists were your early inspirations? Do they still inspire you to this day?

When I was about 10/11 I was a really big fan of 50 cent. And I actually started listening his old stuff again a year ago and that really inspired me.

4) Right now, what do you think is the one thing that distinguishes you from other producers?

I think that will be how I present myself to the bigger audience. For example during interviews or on Social Media.

5) You’ve recently released a new track with Bone Thugs-N- Harmony, „Coke & Hennessy”. Can you give us more details about this one?

Well I made a sketch last October when I was in Los Angeles during a writing week. And I actually wrote the song myself together with the guys of the 87’s. After that we felt that something was missing and that were some old school rappers;)

6) How was it working with the guys for your new single?

I never met the guys from Bone Thugs but we got the stems real quick so we could finish the track right away so that was good:) And me and the 87’s became good friends!

7) We’ve seen that you performed in a lot of cool places this summer. What was your favorite place to perform at?

I really loved everything but I am going with Poland I think. That show was sick!

8) Seeing as there are only a few months left until the end of this year, can you tell us what else do you have in store for the fans?

I can only tell you I am busy with a lot of cool tracks and one very cool collab! 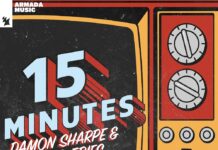 We had a chat with Grammy and ASCAP award-winning producer, songwriter, DJ and recording artist Damon Sharpe! 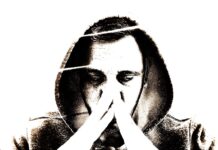 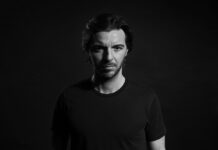 Pure house vibes from DROZE newest release out on GONNA BE...