EDM Nations
Home Interviews Mike Williams speaks about his challenges as a producer, his forthcoming Mysteryland...

Mike Williams has seen quite an amazing success until now. The young music producer has always been interested in music, seeing as he’s grown up in a musical family and he was trained to play the piano from a very young age. He first began learning to DJ at the age of 12 and when he was a teenager he started getting booked for different shows, where he had the chance to play with artists like Yellow Claw, Martin Garrix and more.

Fast forward a few years later and now, Mike has definitely become one of the most sought after artists in the dance music industry. He’s recently dropped a spectacular single with Felix Jaehn and now, he’s about to play at this year’s Mysteryland, which takes place in the Netherlands on the 25-28 August (tickets are available here). We’ve been given the opportunity to speak to him a little bit, so make sure to check out our interview below!

Hey! I’m at home, having a few days off and spending some time in the studio.

2) Over the last few years, you’ve managed to become quite the successful DJ/producer. How has the journey been for you up until this point?

It’s been a crazy journey to be honest. When I look back it all happened so fast, and I got to experience so many amazing things! I’m super thankful for that. But I always try to focus on the future, and I can’t wait for all the things that are coming up!

3) What are currently your main challenges as a producer?

Combining touring with producing music is something that is getting difficult. I always told myself that I wanna make my own music, no matter what. So I’m gonna stick to that! I know a lot of artists nowadays have other producers working for them, so they can tour a lot but for me that’s definitely not gonna be the case.

4) From your point of view, what is the one thing people would really be surprised to hear about you?

Maybe it’s cool to know that I live together with my tourmanager haha! He’s a really good friend of mine, we met each other on high school and he was always super supportive and easy going. I wanted to move to Amsterdam and he as well, so we decided to go together!

5) You’ve recently dropped a brand new single „Feel Good”, that has seen quite a great success so far. How was it working with Felix Jaehn for this one?

That’s correct! It was really cool to work with him, he’s a super nice guy and we actually did everything through skype and email regarding the production of the track. I’ve met him in person afterwards haha!

6) Typically, how long does it take you to make and perfect a track until you’re ready to release it?

It depends. It’s different every time. Most of the time I create the full idea for a track within a couple of hours. And then it’s all about making the track perfect and ready to release, that can take days or even weeks!

7) You’re soon going to play at Mysteryland. What should we expect from your show?

8) Aside from your latest single and this performance, what else do you have prepared for the next months?

I’m gonna release a lot of new music! We actually planned all the releases till almost end of the year. Also I can’t wait to play at Creamfields together with Don Diablo and Tiesto this weekend!

9)  Thank you for answering our questions!

LUM!X talks about his latest remix and future plans ! 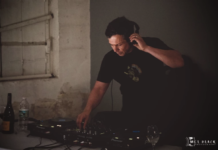 DJ and Producer Gatto opens up about his career | EDM Nations Interview !