Insomniac has revealed yesterday the unrivaled lineup for North America’s largest Halloween music festival, Escape: Psycho Circus. Returning to the NOS Events Center in San Bernardino, CA on Friday, October 27 and Saturday, October 28, thousands of costumed fans will gather for two nights of terrifying frights. Those that dare to enter the menacing Psycho Circus will be immersed in an otherworldly dimension featuring over 75 monstrous performances, creepy creatures of the night, and the bone-chilling interactive Asylum maze. Two-day general admission and VIP tickets are on sale now, here. 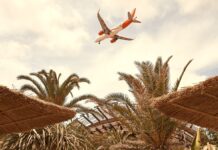 This Week Exit Festival Will Be The First Major Festival of The Summer In Europe!