Smartly following up on his hit Pinkstar Records release “Gotta Go,” Styline’s heating things up this summer with his debut Black Lizard Records release “Raccoon.” Whether it’s chilling on the beach, lounging by the pool, or clubbing until the early morning, the undeniable feel good vibe of “Raccoon” will keep the party going this season.

“Raccoon” continues a groovy trend in Styline’s 2017 productions though the initial inspiration came much earlier as Styline describes:

It was actually an old sketch we re-updated to fit our sound. It slides in perfectly between “Gotta Go” and two upcoming releases “Take Me Higher”and “Avocado.”Really all the tracks fit nicely right down the funky lane and are coming together as a cohesive series.

The track has found the perfect home on Leandro da Silva’s Black Lizard Records. Both producers are now featuring prominently in the groove house scene and their tracks have become weapons for groove cartel leaders Kryder, Tom Staar, and Eddie Thoneick. “Raccoon” is now out to buy exclusively on Beatport and is also available on SoundCloud and Spotify. 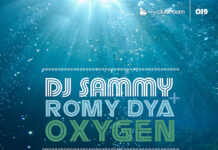 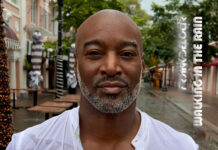