As a DJ, you always want to have your finger on the pulse of both the crowd and the most current trends in music. The problem with EDM music is that there is no definitive chart that defines the latest trends of the genre. Between Beatport, 1001Tracklists, Spotify, YouTube, Juno Download, Traxsource, Bandcamp, and ever-growing follow2download services like Hypeddit, Hive.co, and Toneden.io, you’d be hard pressed to determine what the future of EDM holds. However it is pretty easy to see what genres have outstayed their welcome in their current form.

Genres like trance and music of the underground EDM scene like Tech House and Psytrance (both still growing in popularity) will always have their niche followings which will allow the genres to endure the fickle nature of popular opinion. We want to take a hard look at what will keep people invested into the genre

1. Anything but Big Room…

This might not resonate with everybody but I firmly believe that DJs and new producers would do well to stay away from filling their collection with generic big room tracks because the amount of sample packs and presets that every producer has access to has been used to death. Similar to the fate of Melbourne Bounce a few years ago, the ability to stand out while playing or producing a big room track has been made exponentially more difficult with the increased access to preset synths and leads. You may be thinking that W&W’s latest banger, “Put ‘em Up” has been dominating set lists and Beatport for some time, but even that track has a tempo change into a dancehall breakdown to make it fresh and unique from other big room tracks. The takeaway is that if you’re going to play Big Room, at least make sure people will remember it!

Deep House will always have a place as the music you put on in the background while you’re working, but whenever you’re at the club or festival, you need to be playing Brazilian Bass instead. The success of brazabass can be seen by the recent release of Brazilian Bass pioneer, Alok, on Spinnin’ Records as well as Tiesto’s recent collaboration with Sevenn, “Boom.” These bass-heavy tracks are on the rise because the genre is extremely versatile with the power to rock a club or set a festival ablaze. Brazilian Bass remixes are some of the best tools for a DJ to have as they combine songs people are familiar with along with the steady, pumping basslines that anybody can groove to.

3. On the fence: Future House and Progressive House

Progressive House and Future House face the same problem as Big Room: there are too many producers using the same sounds over and over. Every now and then KSHMR or Mesto will come out with a track that brings people back to the genre but otherwise you are going to have a hard time finding something fresh in either of these genres. The sounds have filled speakers too often and therefor don’t have the same impact that they once had. However, putting a well-made Progressive House track into a festival mix or a funky fresh Future House piece into a radio mix or house party set, it could really bring something special into your mix or playlist.

G-House along with other hip-hop influenced genres like trap and jungle terror are making their way into the spotlight as producers unite with rappers to create tracks. This goes with the overall trend of vocals becoming more important to maintaining the soul of EDM. Hearing actual people in the tracks gives listeners a more fulfilling experience instead of just hearing instrumentals and “computer noises” as my non-EDM loving friends say.

To wrap things up, truly the best way to keep EDM alive is to keep encouraging young artists that anybody with production or DJing talent can make it in this industry. More creators mean more visionaries that will continue to shape the industry and the culture into directions that will finally force mainstream journalists to stop writing about how the genre will die and acknowledge that we as a community will keep fighting for our music and for our festivals! We will evolve and thrive because EDM is a movement that can be found around the world and that sort of powerful and diverse voice cannot be silenced! 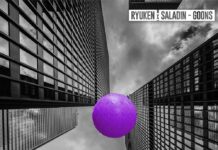 This new Ryuken and Saladin release will blow up your speakers! 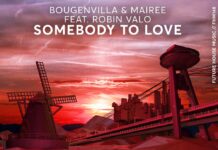 Bougenvilla and Mairee teamed to deliver you an epic track !

Quintino delivers a highly energetic Tomorrowland Friendship Mix with 21 of his own records, including 3 unreleased IDs !

Ayminho brings a tribute to a legend: Erick Morillo !

InVR breaks the genres barriers with his latest release!